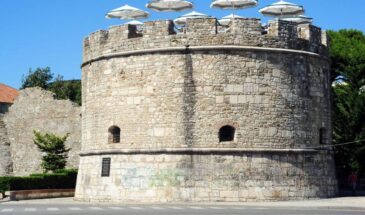 Morning departure to Durrës (Durrachium) which is the second largest city of Albania. This busy seaport city is one of the oldest Roman…

Morning departure to Durrës (Durrachium) which is the second largest city of Albania. This busy seaport
city is one of the oldest Roman cities in the Mediterranean. It is one of the most ancient and
economically significant cities of Albania. Founded in the 7th century BC by Greek colonists from Corinth
and Corcyra under the name Epidamnos, it has been continuously inhabited for 2,700 years and is one
of the oldest cities in Albania. Durrës served as Albania's national capital from 7 March 1914 until 11
February 1920 during the reign of William in Principality of Albania.
We will start our tour visiting the Ethnographic Museum and its artcrafts displayed on the second floor
of a traditional house from the 19th cent. It exhibits authentic objects of hand-crafts as well as a rich
collection of Albanian traditional costumes.The hot spot to visit in Durrës is the amphitheatre, built
during the reign of the Emperor Trajan as one of the biggest amphitheatres in Balkans. Then we will visit
the Archaeological Museum which has some of the best exhibits
And of course we won’t leave Durres without tasting it’s delicious cuisine based on sea products, since
it’s a coastal city. So you’ll be able to enjoy lunch beside the beautiful sea, like the residents here say
“near the sea, near the king”.